We use the power of music to engage children and improve their lives. Through songwriting, our programs unlock children’s full potential and help inspire their dreams, as we teach them to believe in themselves and in the power of their creativity. The saying goes “it all starts with a song,” and we believe that song can change a life.

Over 6,500 Students impacted and growing

In our first year we had a shy little girl in one of our classes. Brooklyn sat in the back and hunched down at her desk so we wouldn’t call on her in the songwriting class. Her teacher had discussions with her parents at the parent/teacher conference that Brooklyn needed to speak up more in class and participate more. Through the process of the “You Can Fly” Songwriting program, Brooklyn gained the confidence to speak up more. By the end of our week in her class, she came out of her shell. She was in the front of the video we made and she even did all of the hand movements with the other students. A few weeks later, we returned to the school and the students were going to perform the songs they wrote at the fall festival. Brooklyn’s mother approached us asking what we had done to her daughter. Apparently, her shyness was so bad that she didn’t have any friends. But after the program, she no longer ate lunch alone. She played with the other girls on the playground and was invited to a sleepover. This program changed her life forever.

Special Thanks to Our Sponsors! 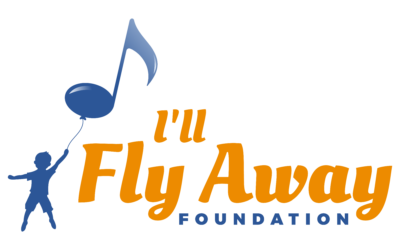 NASHVILLE, Tenn. – The I'll Fly Away Foundation, which uses the power of music to engage children and improve their lives through songwriting, has announced a partnership with the Kirklees Council, GRAMMY Museum Mississippi and Stax Music Academy today. Through this... 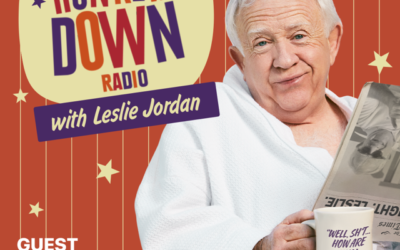 Betsy Brumley, FOUNDER OF I’LL FLY AWAY FOUNDATION GUESTS ON “HUNKER DOWN RADIO WITH LESLIE JORDAN” ON APPLE MUSIC COUNTRY

NASHVILLE, Tenn. – "I'll Fly Away" is one of the most recognizable hymns in history, recorded by music artists in nearly every genre, including acclaimed actor and comedian Leslie Jordan who recorded the the song on his Gospel album Company’s Comin’. This weekend on...